7th Light Art Festival held in Frankfurt with over 180 public space locations (office buildings, parks, museums, universities, bridges and train stations) was exhibiting large diversity of light art, sculptures, installations, performances and design created by architects, designers and artists from 12 countries.
This event was held at the same time with Light and Building Fair in Frankfurt Fair Centre. I participated a privately organised tour which took us through main Luminale exhibits in the city together with a tour guide who told us a bit of the background of the artists. The projects were nicely spread through the city and we could take long walks to see them.
Also some light fashion collections were exhibited from Trier University. Some knitted EL-wire textiles were nicely programmed and created beautiful light effects. It is good to see more and more smart textiles.
My favourite was project "Splashlights" which was presented in Naxoshalle. There could visitors "paint" the LEDs covered wall with water. The LEDs lighted up when wet. This project was visually effective and attracted both, kids and adults to play with it. 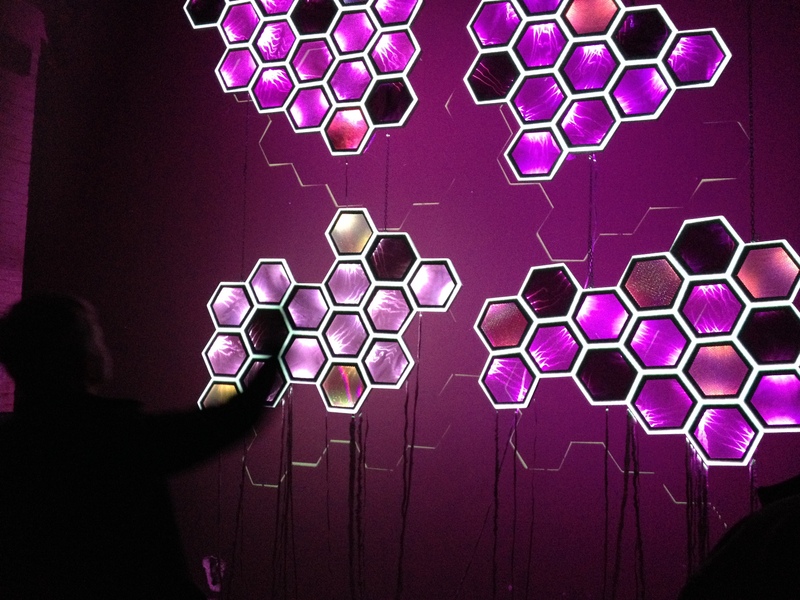 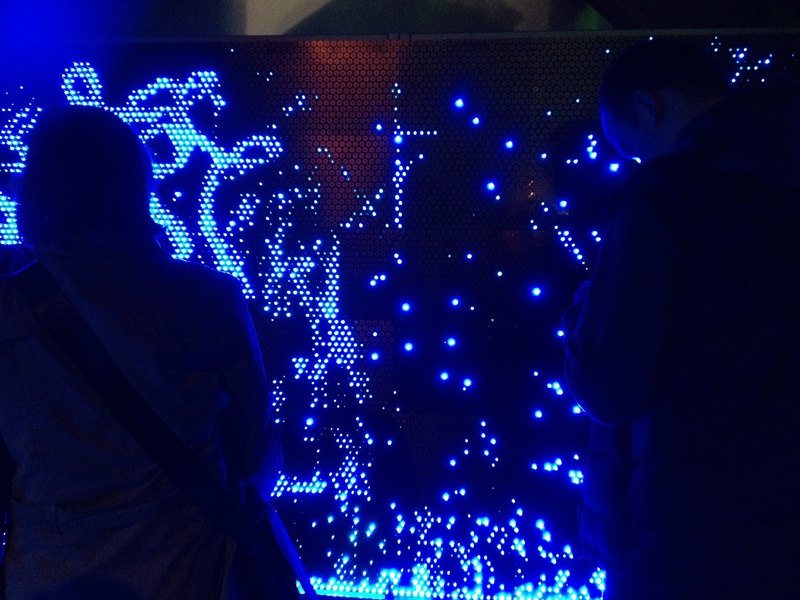 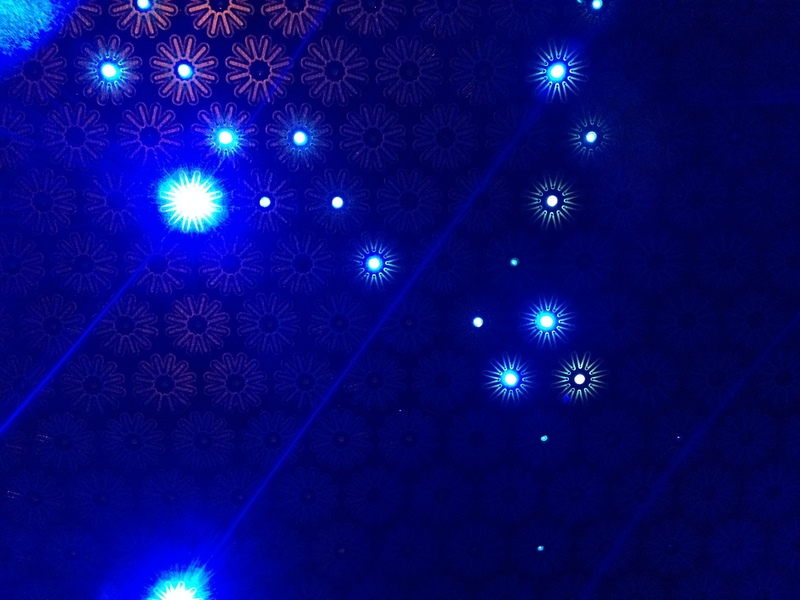 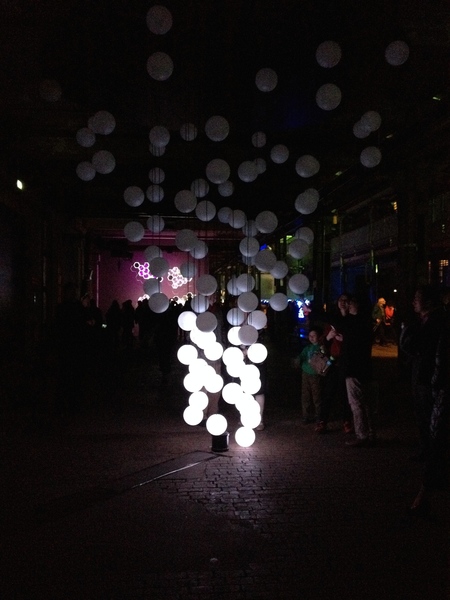 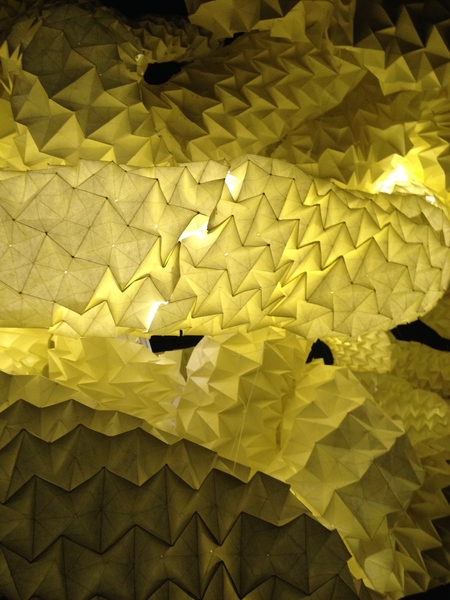 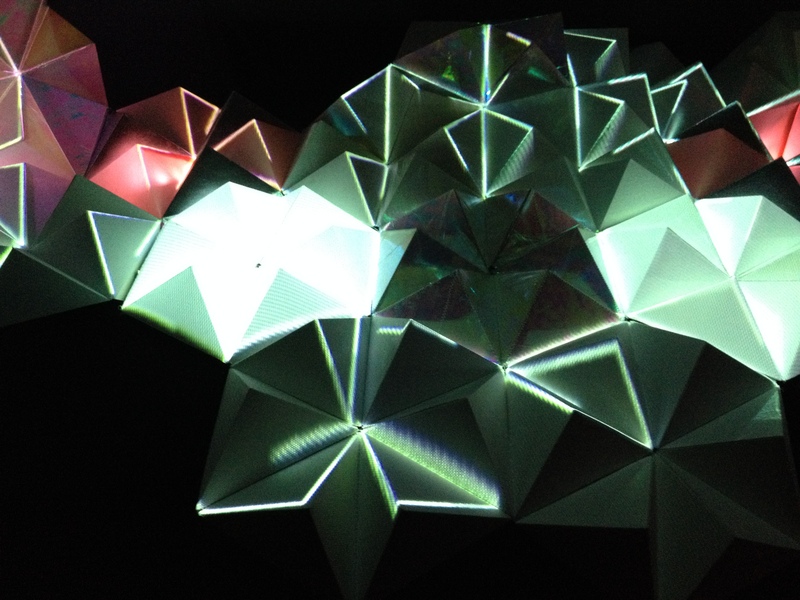